Mark and I went to a concert in the park to celebrate his birthday this week. We walked there from our new home, blanket in tow, grabbed Chipotle on the way, and then stretched out on the grass by the pond when we arrived. (Here’s my honey getting a birthday phone call…) 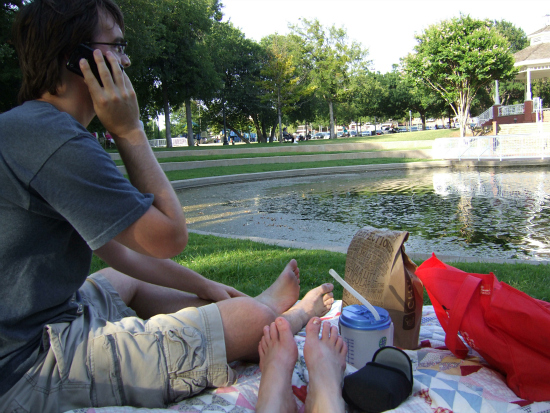 It was so fun to people watch. There were children everywhere, and they are hilarious to watch. One little boy across the pond from us was jumping, running around, or hanging on his parents constantly. He was such a character! Other children ran around the pond dragging sticks in the water or throwing bread to the fishies. It was a wonderful, entertaining, and very relaxing evening with my honey. 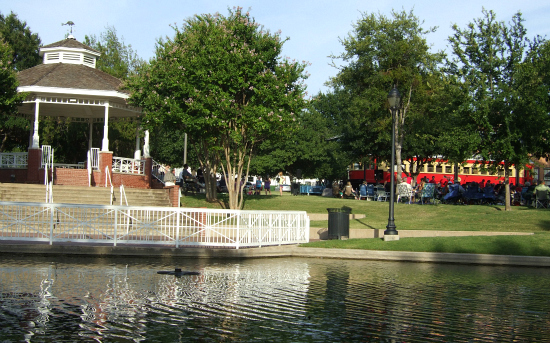 The music started, and we lay down on our blanket, watching the feather-like, wispy clouds move and create new patterns across the sky. 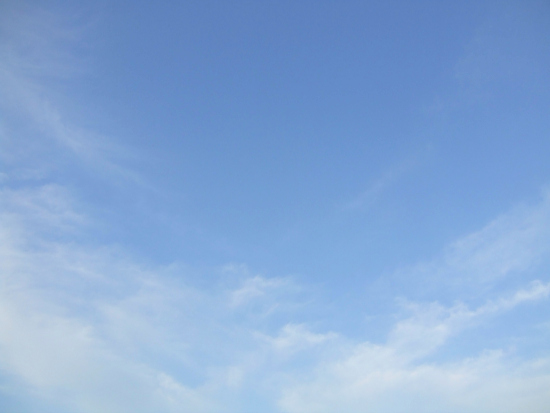 The clouds reminded me of one of my meditations this week. During my meditation, I focused on just being. As thoughts or ideas came into my mind, I would say to them, “Thank you, but let’s just be for now.” By the end of the hour, my mind was blissfully still and calm.

Then, I opened my eyes and stared at the ceiling. The thought came into my mind that it is so strange to be having this physical experience. It is strange that things here look so solid, when really that is an illusion. As that thought came into my mind, I could feel how not-solid the energy is, even though it looks solid. My ceiling, my walls…it all looks solid, but it isn’t. 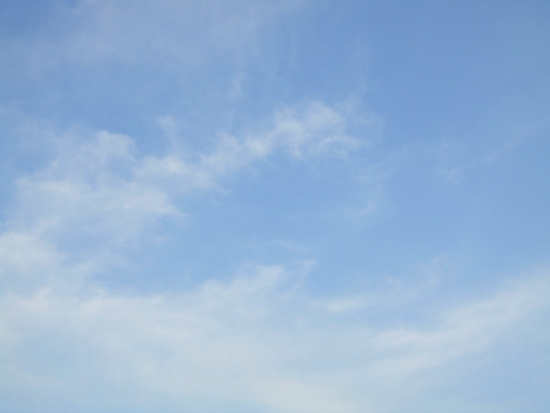 A clarifying thought entered. The illusion is that things are not changeable. Things, circumstances, people…sometimes it seems like they are set a certain way. But really, everything is changeable and malleable. 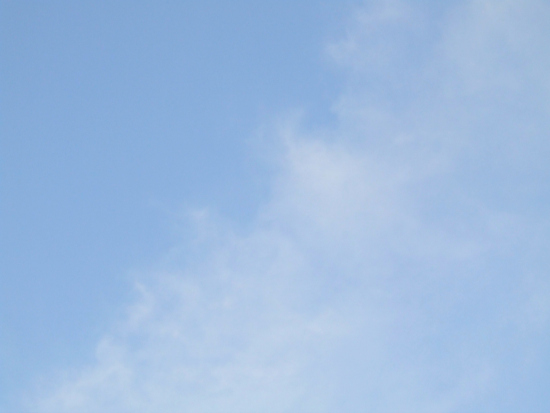 I thought about new experiences I would like to bring into my life that sometimes seem far off. I again received the thought that everything is changeable and malleable. Circumstances that seem set can easily change. Experiences that seem far off can happen sooner. People can change, too. Just like the clouds, which form a new picture from one minute to the next, everything is much more changeable and malleable than we sometimes realize. 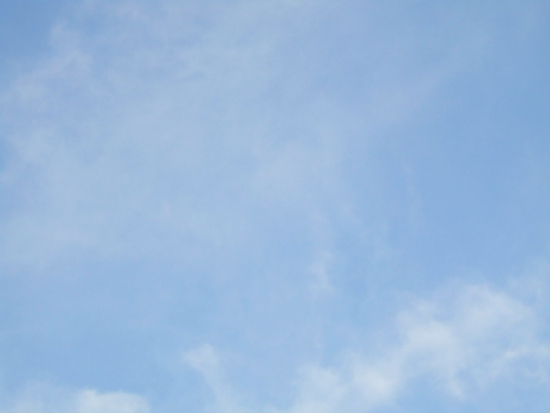 Everything is easily changeable and malleable – what a freeing thought! So what am I seeing as set that I would benefit from seeing as changeable?

I remember so many times in my life when I’ve wanted something that seemed impossible. And then one day I thought, Maybe it isn’t. Maybe things can change as soon as I realize they can. As soon as I opened my mind to that possibility, things changed. Miracles happened. Dreams were realized.

Just like the clouds in the sky, life is changeable. We just have to be open to seeing a new picture.