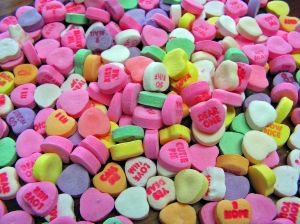 It’s almost Valentine’s Day!!!!  Okay, Valentine’s is 2 weeks away, but at least it’s February!  I LOVE Valentine’s Day.  I always have.  I love all things pink, red, colorful hearts, I love chocolate, and I love lovey-dovey phrases that are posted on all things Valentine.  In the Spirit of Valentine’s Day, I am going to share my own funny wonderful love story with you.  It’s truly a magical story and the perfect story to get you in the Valentine’s Day mood.

I’ll start at the very tippy top, the most important catalyst: my change of thinking.  Before I met my honey, Mark, I had a drastic change of thinking concerning men, relationships, and what kinds of relationships were possible.  I was dissatisfied with most of my relationships up to that point.  I always knew when I started going out with a guy that we would break up eventually, and I knew the exact reason why we would break up.  It didn’t matter how much I was madly in love with the guy at the time, I always knew inside why it wasn’t going to work.  I think most people have the same inner sense, but we all just choose to ignore it for a time.  I think this is just as it should be because everyone in our lives has a positive reason for being there, even if they only last a week.  But I digress… 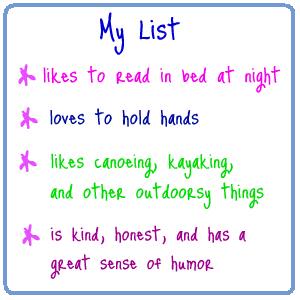 Shortly before meeting Mark, I began focusing on appreciating who I authentically am as a person.  I decided I wasn’t going to settle for someone who was *almost* perfect for me.  I wanted someone completely perfect for me.  Before that time, I had thought some of what I expected in a boyfriend was too much to ask for.  However, my mom reminded me that there are billions of men in the world and that asking for 1 man who was perfect for me was a reasonable request.  I agreed, and I made a list of every single thing I wanted in my ideal mate and put the list on my vision board.  There were at least 100 items on my list (I was very specific).  I decided I wouldn’t settle for anything less than my ideal.

A few days later, I decided I wanted to sing in a group as part of a spiritual community and that I wanted to be in a musical.  I LOVE musicals.  I decided to look online for churches in the area that had music and theatre programs.  I am very untraditional, so I didn’t know if I could even find a church that has similar ways of viewing the world.  After searching for several minutes, I stumbled upon a church website that looked pretty promising.  They had a flourishing music program, their choir director was also an actor, and the overall message of the church was similar to my own.  I decided to see what other programs they had available, so I clicked on the group for people my age.  At the bottom of the page was the sponsor’s name.  It was Mark!  As soon as I saw his name, it was like a bolt of lightning zipped through me.  Instantly I knew he was the man I was going to marry.  His name glowed to me (there wasn’t even a picture of him, just his name).  The logical part of my brain pointed out that for all I know, this man could be 80 years old and married.  I replied to myself (yes, I talk to myself all the time) that I sure hope not, because 80 or 20, that’s the man for me!

The next Sunday, I went to the church and had a wonderful, magical day.  The entire time, I felt like I was allowing myself to be swept away in a wonderful whirlwind.  I had a sense that if I just went with the flow of events, everything would work out perfectly.

Everyone was so nice!  I was pleasantly surprised when there was a meditation during the service, and throughout the minister’s talk I felt the cool presence of my Spirit Guides on the back of my shoulders.  After the service, I was taken to meet the choir director, who was wonderful, and he said they were having auditions for a musical that night!  Holy cow!

After agreeing to audition that evening, I turned around and my eyes went instantly to a man at the back of the sanctuary.  Without thinking, I strode right up to him and said, “Hi! You must be Mark!”  There were hundreds of people in the sanctuary, and without ever seeing a picture or having a description of him, how did I know he was Mark?  I just knew.  Mark was obviously a little stunned, but he recovered quite well.  I introduced myself, and he said he would always remember my name because his mother was named Melanie as well.  I thought to myself that he would have more reasons to remember my name than that, but that wasn’t something I could say after just meeting him, now could I? 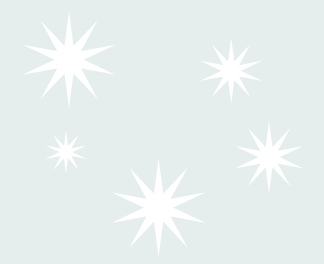 He started talking about the group he sponsored at the church, and all of a sudden I started seeing sparks between us!  I saw quarter-size white sparks fade in and out between us over and over.  I had never seen those before, and I was having a pretty difficult time acting normal, pretending I was listening to what he was saying, AND trying to figure out what the sparks could mean.  At the same time, I was wondering if I should mention them.  I didn’t know much about the church, after all, and I wondered if seeing sparks was a common occurrence there.  But then, how would I ask that?  “Hey Mark, do you see all these sparks between us?”  Sounds like a pick-up line, so I decided against mentioning it 🙂

Mark wrote down my number and e-mail to let me know about upcoming group meetings.  I left that day with a huge smile on my face.  I shook my head all the way home, wondering if the sparks meant what I thought they could mean and wondering what my future husband was like.  Isn’t it funny that a common expression like “there were sparks between us” is actually a true occurrence?  I’ve noticed that many times in dealing with energy.  Another one is the idea of heartstrings, which really exist energetically between people.

What do you think happened next?  Was it love at first sight?  Did Mark know I was his dream woman too?  Check out How I Met the Love of My Life: Part 2 to find out!

P.S.  Learn how to manifest the love of your life in my free online course!