Have you been wondering what our brainstorming session at the cabin was about and what our next new adventure is? 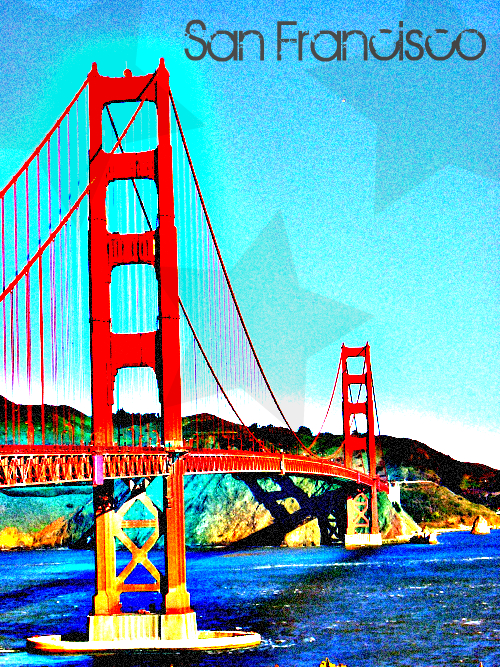 We found a beautiful home in a beautiful town just outside of San Francisco, and we’re so excited about everything coming together for our new adventure.  Luckily, we already have everything packed up and in storage (because our apartment lease was up when we left for our honeymoon, and we didn’t renew).  That makes it easier!

This realization of our next adventure came about over the past several months.  The first clue was a feeling I had in June that we wouldn’t be living in our apartment another year.  I discussed this with Mark while on a walk, and he felt the same realization.  It wasn’t a question of whether we wanted to be in it or not, I just knew we wouldn’t be there.

We went to Oregon for our wedding, and Oregon is GORGEOUS! 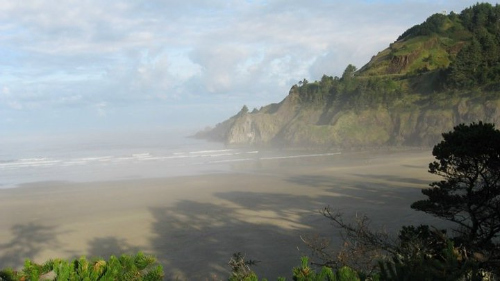 (photo by my brother, Spencer Parker)

Oregon is also full of eco-friendly peeps like us, so we seriously considered moving there.  After our honeymoon, we were in Florida when someone said to me, “You will live in Portland.”  I hadn’t requested a psychic prediction from this person, but it did help me figure out where we would live because I knew as soon as he said that that we weren’t going to move there.  That made our decision easier yet again 🙂

We did have some idea of where we want to live.  We both want somewhere we consider environmentally progressive, by the ocean, with a great climate, outside a major city, and in the U.S.  I don’t like the cold at all, so that ruled out most of the East Coast, and Florida and the states to the South are too hot.  We have lived in Texas for our entire lives, so we’ve had plenty of hot weather!  That narrowed it down to the West Coast.  We decided Washington and Oregon were too cold, so that left California. 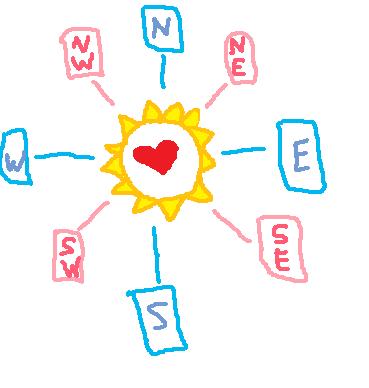 We were in Florida wondering where we would live next, and I started getting impatient.  Who, me?  Yeah, totally.  I am not known for my patience, but I’m getting better at accepting the Divine Timing of events.

I asked my Guides where I should look for our new home.  All of a sudden, everywhere we looked, everyone we spoke to, and every show on TV led us to San Francisco.  It was an awesome experience to see so many obvious signs.

Mark and I created a list together of what we wanted in our new home.  We did this before we moved into our last apartment, and we got every single thing on our list!  We decided how much land we want, how many rooms, what we wanted nearby, etc.  I looked online and found a house we both loved!  Even though we weren’t in a position to put an offer on the house, we wrote to the real estate agent for more information.  I told Mark I really wanted an outdoor shower, and I wondered aloud if I could use the guest cottage for my office.  The real estate agent wrote us back, and even though we hadn’t asked him, he mentioned that the house had an outdoor shower and that the current owner used the guest cottage to see clients.  Did you catch that?  We never mentioned the shower or cottage to the agent, we’d only asked for more photos.  Isn’t that cool?!

Well, that was several months ago.  Since then, we have gotten sign after sign that that house is meant to be our home.  However, we’re still not in a position to buy it.  Mark and I decided we want to move to San Francisco in January (um…yeah…I realize time is a tickin’), and last week I wondered if we should look for other housing options until we’re able to buy our home.  I was debating this from a manifesting standpoint.  On one hand, I want to send a clear message that I believe that is our next home.  On the other hand, if there is some way I’m missing something and we’re supposed to have a different home before that one, I don’t want to be sitting around waiting.

I decided to go ahead and look for temporary housing solutions just so we can get ta’ moving.  I looked online one evening and inquired about 15 different apartments we saw that looked nice.  Guess what?  It’s several days later and not one person has written back to me about an apartment.  However (are you ready for this?), the morning after I sent all those e-mails, the realtor for our home wrote to us AND called us to let us know our home was still available and to see if we were still interested.  It was like the Universe said, “I hear ya, Melanie, but that house is yours.  It’s coming!  Just be patient.”

Mark and I are just going with the flow right now.  We’re following the technique we’ve used for several years now.  We know we’ll both get a feeling when it’s time to take the next step, and then we’ll know what that next step is.  In the meantime, we’re enjoying every single day and continuing to follow our intuition.  We’re hoping to be there by the end of January, but even if it’s a little later than that, I know it will be in perfect timing.

I’ve had a strong desire for several months now to make Valentine’s decorations for my home.  I’m hoping that means we’ll be in it for Valentine’s Day.  So you know what I’m doing tonight?  Making decorations!  It reminds me of when I got the message to paint a painting for the relationship corner of my bedroom (feng shui) when I wanted to manifest my ideal mate.  I put it off and put it off (as I’ve put off making Valentine’s decorations), and then I finally painted it.  Two weeks later, I met Mark.  We all know how well that turned out 🙂

P.S. – Soon to come…how to have a fabulous and fun brainstorming session to create the life you love!