Yes, Friends, another great car story.  I thought of two more stories after Part 3, so I decided to write them down while I was on a roll.

About a year ago, Mark had driven off to go to a meeting, and I was about to go to work (at that time I taught ballroom dancing).   I couldn’t find my keys anywhere, and when I went downstairs and looked in my car, there they were on the front seat.  Doh!  It had been years since I’d locked my keys in the car, so I was surprised that I’d done this, but oh well. 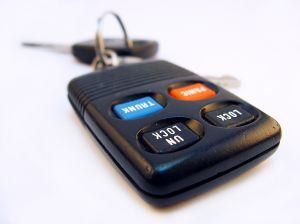 I looked up numbers for locksmiths online (cause who uses a real phone book anymore?) and was about to call when my phone started acting funny.  It wouldn’t dial, then it just shut off several times…weird stuff.  Finally, I managed to call the first locksmith.  The phone kept ringing and no one answered.  I called the second one and got their answering machine, but instead of beeping for me to leave a message, I was disconnected.  I called the third one and the person was really rude, so I decided not to go with them.  The next three I called all had similar issues.  By this time I realized something was up.  I finally got the message that this wasn’t about my car, that I wasn’t supposed to get into it yet, and that there was a bigger reason for me staying home for a bit.

I did a tarot reading for more clarity and saw that something was not right at Mark’s meeting.  I could see that there was a “snake” there making verbal attacks at him and that he would need me to be there to talk to when he got out of the meeting.  I also saw that the reason he was having that experience was that his time with that group was over and the Universe was helping make it easier for him to leave.  I left him a message letting him know I’d locked my keys in the car and to give me a call when he was on his way home.

When he called, he was upset.  The people he met with had been very unprofessional toward him, and yet he also acknowledged that it all happened for a positive reason.  He’d been with this group for a while, and even though he knew he was being led in another direction, it was difficult for him to leave.  He started laughing and said that even though he was feeling reluctant to leave before the meeting, now he was more than ready to cut all ties.  By the time he arrived home, he felt much better.  He said he was so thankful I’d locked my keys in the car and was there to meet him when he came home.  Me too 🙂

Our Home: Front Entrance Makeover
Free Reading: How can you start getting spiritual guidance?
Yesterday I Ran to Face My Fear